Want inspiration — and a tip on some fabulous clothes from a woman-owned brand? Let’s examine the story of my friend Rebecca’s feminist clothing company, Princess Awesome: a delightful company for both kids and adults that was created by two women who are mothers and former teachers.

I shall be modeling all of their new dinosaur, D20, and DNA geeky leggings with pockets in various states of balancing on my head and hands in order to reflect the balancing act that is being a female entrepreneur and mama.

How Princess Awesome Came to Be

Here is the story of Princess Awesome and its new wing, Boy Wonder. My Brown University college classmate, Rebecca Melsky, planted the seed for the company in 2013 with her friend Eva, after becoming frustrated by how limiting clothing options were for her daughters — in both patterns and styles.

Rebecca had been a teacher for ten years, and knew that many girls love designs like fire trucks and planets… so why were these designs only available in boy clothing? Why did so few girls’ clothes lack pockets, and why were the designs so uncomfortable and awkwardly revealing?

Rebecca and Eva experimented with the 1948 Singer sewing machine in Eva’s basement, ultimately creating a test batch of girl dresses featuring patterns of math, science, vehicles, and dinosaurs. Guess what? The dresses sold out almost immediately! Clearly, there was (and is) a demand for these innovative clothes. Feminism is about choice, and Rebecca and Eva’s gift to the world has been to expand the options for what girls can wear.

Rebecca and Eva realized they needed a factory to meet this demand, and launched a Kickstarter campaign. It was funded so fully and quickly that it became the highest-performing childrenswear Kickstarter campaign of all time! In 2015, Princess Awesome officially launched its website, thereby expanding options for understanding gender in kids’ clothing for all of us.

The word began to spread about Princess Awesome. I would see girls who were wearing the train twirl dress walking down the street in Boston with their families and I’d holler, “I know the woman who makes those dresses! She’s awesome!” As adults saw how happy the clothes made their kids, they began asking: Can you make them for us grown-ups as well???

Rebecca and Eva delivered. In addition to adult dresses with designs like dragons and planets, Princess Awesome now offers geeky-patterned LEGGINGS WITH POCKETS for adults! See them on the official Princess Awesome site worn by the most gorgeously diverse models! (Note that at the time of this writing, two of the styles were sold out, but you can pre-order the next batch here.)

I was given these three pairs to give my honest review because I’m a bit of a leggings connoisseur (as seen in my articles about armor leggings and the woman-owned companies featured on all my Beachbody reviews). My verdict? The fabric of Princess Awesome’s leggings is very different than the norm — in a good way. Princess Awesome’s legging material is NOT bathing-suit style plastic-y feel like lots of other brands. Rather, it’s super soft, stretchy, and substantial… like an actual piece of clothing! The pants also boast sturdy seams which are comfortable and lay flat.

What about these “geeky designs” that I’ve been alluding to? Well first, there is the DINOSAUR print. We all need more dinosaur designs in our lives! I love the cheerful blue and green on the black background. Next, there is the D20 print: an artistic portrayal of the 20-sided dice used in Dungeons and Dragons. If that’s not deliciously geeky, I don’t know what is.

Finally there’s the subtly dorky design, pictured below. Can you tell what it is? The answer is: DNA! In electrophoresis, DNA is separated by an electric current, creating stripes like those in the leggings print. Epic! I don’t usually like white clothes because they’re too often see-through, but Princess Awesome’s fabric is thick enough that no wardrobe malfunctions occur.

In addition to Princess Awesome, there are four other woman owned small businesses featured in my photos here. Did you catch them? (FYI, some of the following links are affiliates, meaning that purchase through them will provide a small commission at no extra charge to you.) These stylish polka-dot compression socks are by VIM & VIGR, while the bright purple crop top is by Suniya Yoga, and the longer maroon tank is by Wanderbabe.

The red dress is by Leota New York, a company run by another wonderful Brown classmate, Sarah. (You can read my much longer review of Leota dresses here.) Three cheers for these female entrepreneurs who are making the world a more colorful and fun place to get dressed each day!

I appreciate Rebecca and Eva’s work with Princess Awesome and Boy Wonder on so many levels. On one level, I love the soft, stretchy, GEEKY leggings. On another level, I adore the activism these women are undertaking through their designs. Who knew that art and social change could dance so beautifully in cloth? Finally, I’m so inspired by the way Rebecca and Eva have balanced the many passions in their lives: from family to education to fashion and entrepreneurship. Long may Princess Awesome’s STEM clothing live!

Have you tried Princess Awesome? What’s your experience with the clothing company been? If you haven’t tried it yet, which designs most intrigue you? Do share! 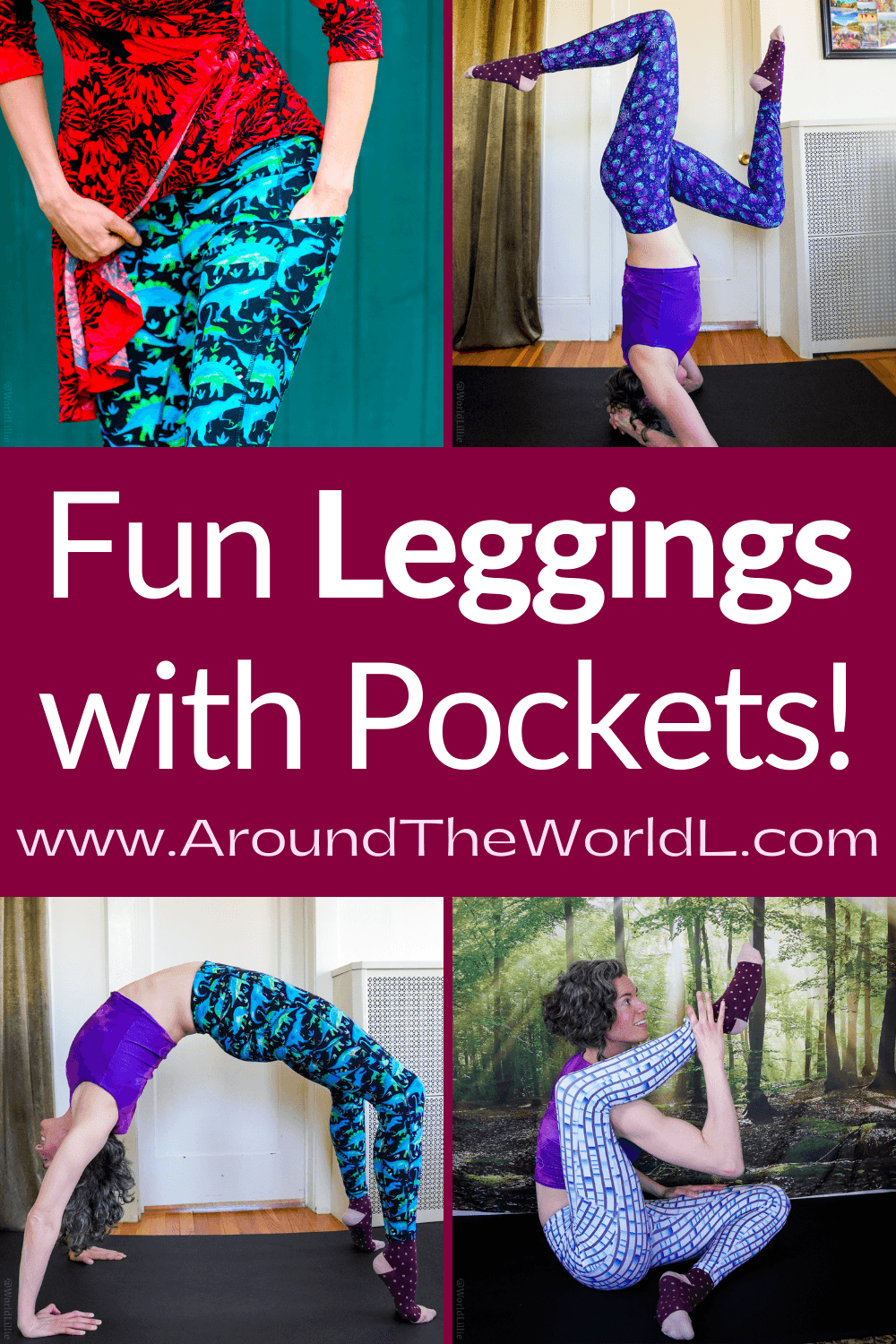 What a great idea for pockets in leggings! And I love the styles and patterns you are featuring here, so cool.

WHat a good idea the pockets in leggings. I love the designs of the leggings. Blue is still my fav color.

The colors and designs are so great!

Pockets in leggings! What a great idea. So hard to know what to do with keys/credit card etc.

It’s so rare to find them!