The Bumpy Bus from Mui Ne to Dalat 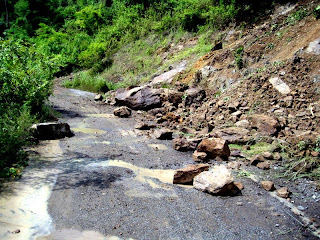 Busty travelers of the world: strap on your triple strength sports bras before attempting the passage from Mui Ne, Vietnam, to Dalat! And if you’ve got back problems, hoo boy! Better bring a rigid brace and some Advil.

For the five hours from Mui Ne, our small bus jolted and banged along the rocky road, twisting around mountains and overlooking mist-shrouded green vistas. When a particularly ominous stretch of brown water-filled craters appeared, we’d slow almost to a crawl, splashing deep into the soup at a sharp angle, then straining out again. When the craters were merely two feet wide, we’d rumble right through. BAM! 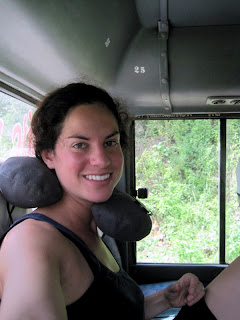 After sitting upright became too painful (in the space of, um, two minutes), I staggered to the blessedly unoccupied four seats in the back of the bus, lying down belly up on the dust-caked cushions and padding myself as best as possible with a fuzzy inflatable travel pillow (modeled to the right… thanks to my Mother for suggesting that I pack it!!) and a sweatshirt.

Still, we were hurled back and forth against the seats in front, the windows to the side, and the muddy floor. It was our moment to be rag dolls on the knee of an infant with particularly bad ADD. Bounce! Bump! Thump! JOLT! 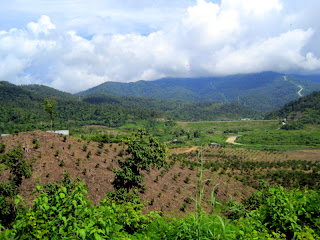 The Dutch couple in front of me had just come from a year in Papua, Indonesia, where they were fighting human rights abuses. As the bus banged on, the couple began moaning from their aggravated bad backs. The man lit up a series of four cigarettes right there in the bus to take his mind off his discomfort, and the bus drivers nodded in compassion.

“Bus driver-s, plural?” you ask. Yes: the journey took a driver (swinging the wheel wildly to the left then the right then the left to avoid the center of the holes), then three men to stand right near the windshield and scope the terrain ahead. Several times, these minions leaped out to guide the bus past the rubble from recent rockslides. 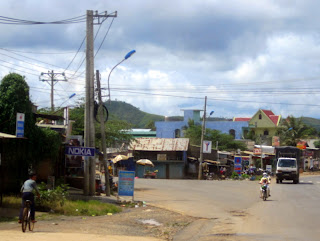 And the poor, plentiful motorcycles who had to share our road! Every three minutes I’d hear, from the ball I’d curled into, “HOOONK! HONKITY HONK HOOOONK!” “Dude–” I grumbled, “They could hear you even if it were half as loud.” The motorcycle in front (often carrying ten crates on the back, or a looming pile of vegetation) would have to swerve to the side, precariously close to the cliff’s edge. Several of my traveling friends have recommended 3-day (12-hour-per day) motorcycle tours of the hill towns of this region, but you couldn’t pay me with all the chocolate of the world to agree to such a trip. Terrifying! 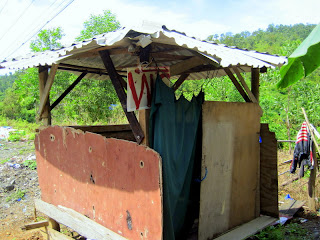 “How much is this fluffy white raisin cake thing, plus the coconut-coated peanuts?” I asked the shy food shop owner. The woman didn’t speak a word of English, so she held up some grubby Dong to indicate the price: 7,000, or about forty cents. “Cam on,” I said, trying my best to say the Vietnamese “Thank you” correctly. The woman giggled at me as her skinny white kitten watched us with wide teal eyes. 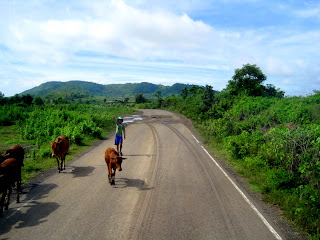 Back in the bus, we ascended steadily and felt the climate cool. In the small villages we passed through, the people were now wearing long sleeves. Some cows blocked the road until we honked them away.

And thusly, five hours later we find ourselves in cool-climated Dalat, 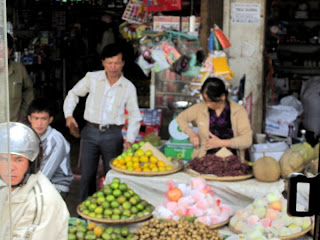 where hopefully I can arrange a non-motorcycle jaunt to the reputedly fascinating mountain environs.

In closing, take a moment today, as you hop aboard your daily car or bus commute, to savor the luxury of silky smooth paved roads. We forget to think about them or thank them, with their ribbons of soft gray, but life with only rutted rock paths is a whole heck of a lot more painful! 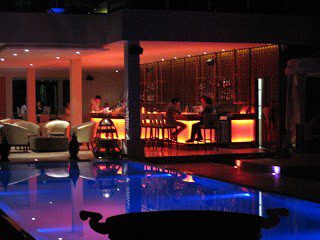 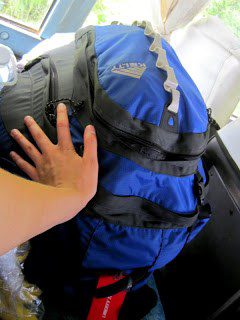 I rode that stretch on my motorbike a couple of times now. Pretty chill and scenic. Not really any pulling over precariously close to any cliffs, even if that would add a lot of dramatic flair!

Would probably suck on a bus, though.

Impressive on a motorbike, though!

Your trip seems so amazing :)

May i know what the name of the bus you used from Mui Ne to Dalat? What time their schedule? Thanks

Thanks! Unfortunately, I don't remember, but I do remember it was easy to find and book using one of the many local tourist agencies. Good luck!

Edicta said... Hey Lillie, I'm friends with Marleny and met you once before in person (at Bob and Carly's). Don't expect you to remember; just making a point that there is a connection :-) Anywho, I am glad I came across your blog through one of your FB postings to Marleny. This blog is great!! I've enjoyed reading your anecdotes and wish you a continued amazing time.

Lillie M. said... Edicta, I hope you're doing well, and of course I remember you. Thank you so much for finding this site and reading!!! Please continue to do so, leaving comments when you desire, and pass this site around far and wide!