Homophones with Opposite Meanings

In my 17 years as an English teacher, one of the lessons I’m most passionate about is how to use the words “apart” versus “a part.” Why is this so important? Because the two terms actually mean OPPOSITE things — meaning that when they’re mixed up, sentences flip into unwanted meanings!

Definitions of “A Part” and “Apart”

What Does “A Part” Mean?

Time for the first half of the apart vs. a part quandary: “a part.” The two-word phrase “a part” means that something is connected deeply to something else — either physically attached and touching, or conceptually belonging to it. If something is a part of another thing, it is a piece of that whole. The parts of speech for “a part” are an article (“a”) and noun (“part”).

Examples of “A Part”

For more conceptual and less physical examples, I am a part of the teaching community; I could walk into an education conference and feel belonging. Another example: My state, Massachusetts, is a part of the group of states known as New England — and we all try to convince New York that we’re cooler.

Definition and Examples of “Apart”

Got it? Good, because now we’re about to get wild in the world of apart vs. a part. When we smush the “a” and the “part” together and form the word “apart,” the meaning flips. Apart means SEPARATE from! This adverb (or sometimes adjective) indicates physical, emotional, or mental distance. This is a far cry from our friend “a part” who just wants to get together with others and be close and cozy!

For example: “I wanted to stand as far apart from the barnyard animals as possible because they smelled.” Now let’s examine a whole bunch of sentences with examples from my exploits to different states and countries to practice. 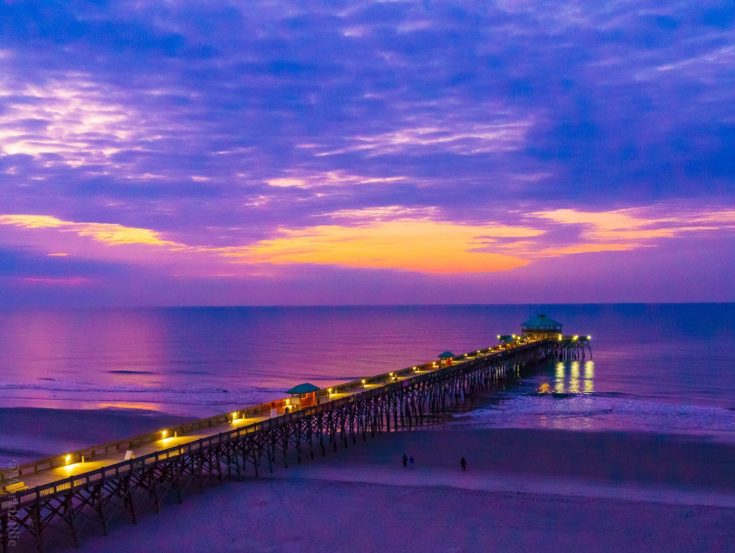 This Falling-Apart Pier is a Part of Folly Beach, SC

Where did I take this photo of a purple sunset? The pier is a part of Folly Beach, a friendly island near Charleston, South Carolina. Unfortunately, the pier has been falling apart, so is currently closed for restoration. 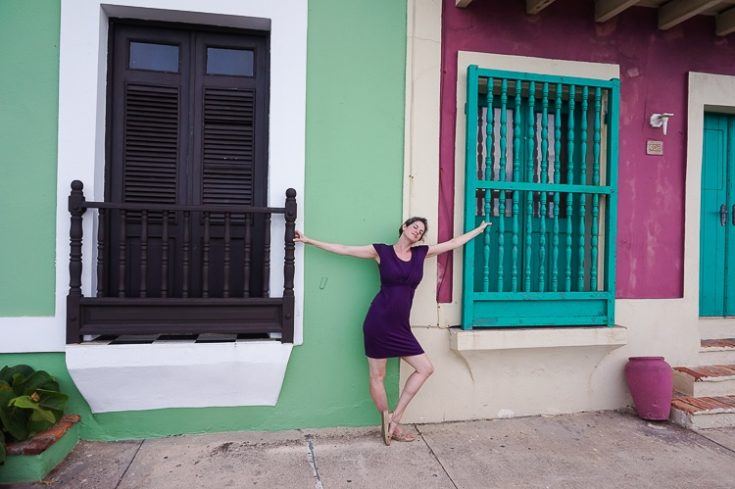 Windows in Puerto Rico as Far Apart as My Arms

When touring the colorful buildings of Old San Juan, Puerto Rico, I noticed these two windows were the perfect distance apart to stretch my wingspan between them! The candy-colored hues of the houses were a part of the trip that will be forever etched in my memory. 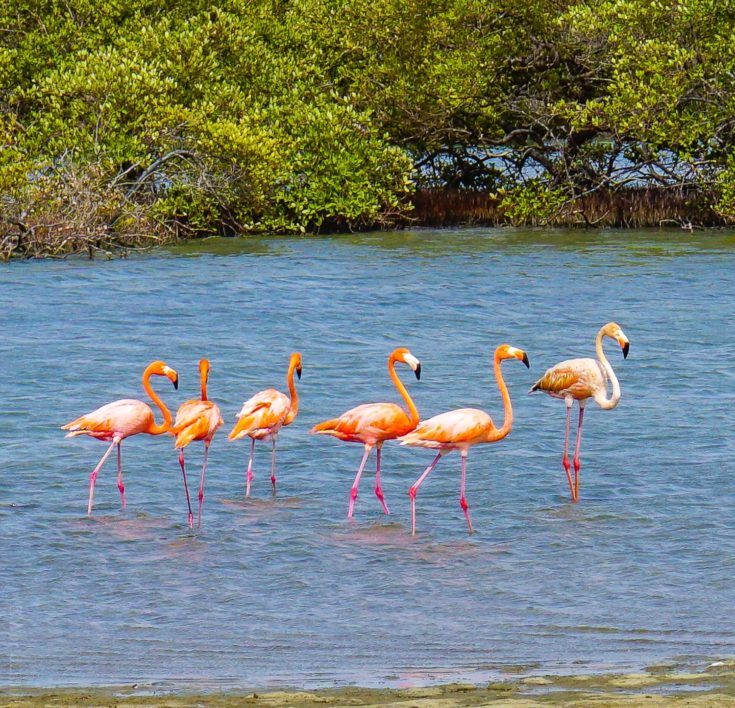 Flamingos are a Part of Bonaire's Flair

I was so surprised, upon visiting the Caribbean island of Bonaire, to learn that it's full of flamingos! Apart from a booming snorkeling and Scuba diving scene, it turns out that the pretty pink birds also make up a part of the tourist experience. 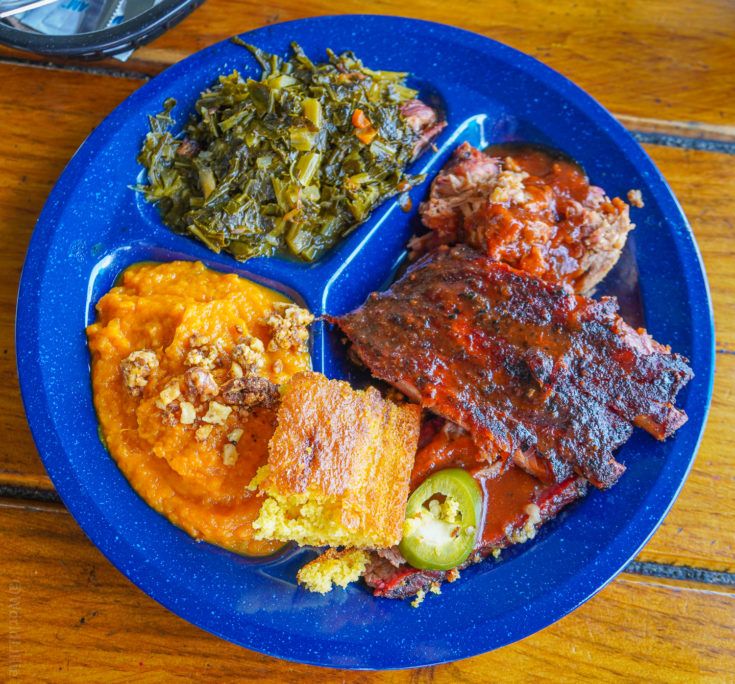 Don't want a part of your barbecue ribs touching your collard greens? These ridged plates at the delicious Upstate New York restaurant, Dinosaur BBQ, keep meal elements apart so you can enjoy the flavors of each separately. 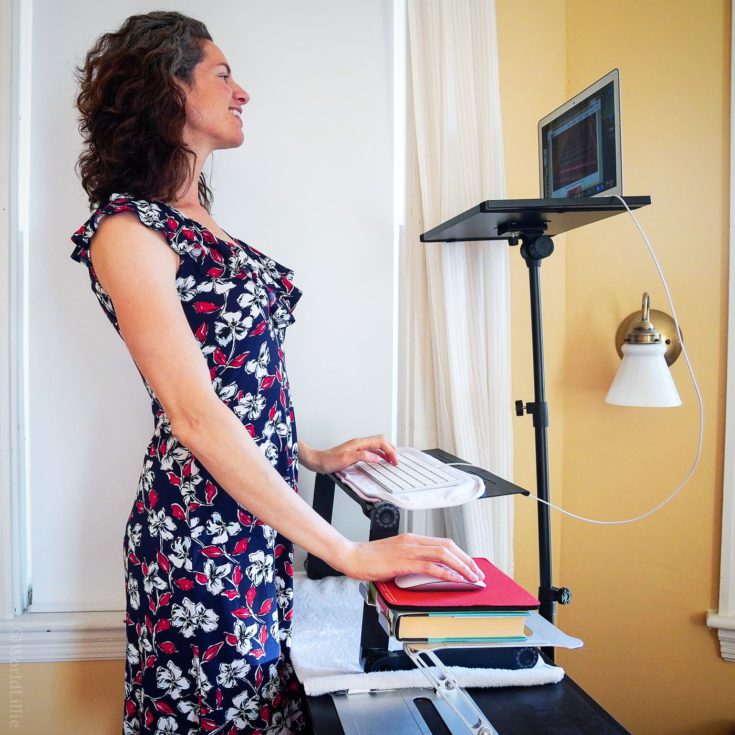 A Part of This DIY Standing Desk Is...

Want to make your own DIY sit-stand desk for ergonomic working (or in my case, remote teaching)? A part of this set-up that makes the different is the addition of an adjustable DJ stand which is positioned far apart enough from your face for optimal focal length. 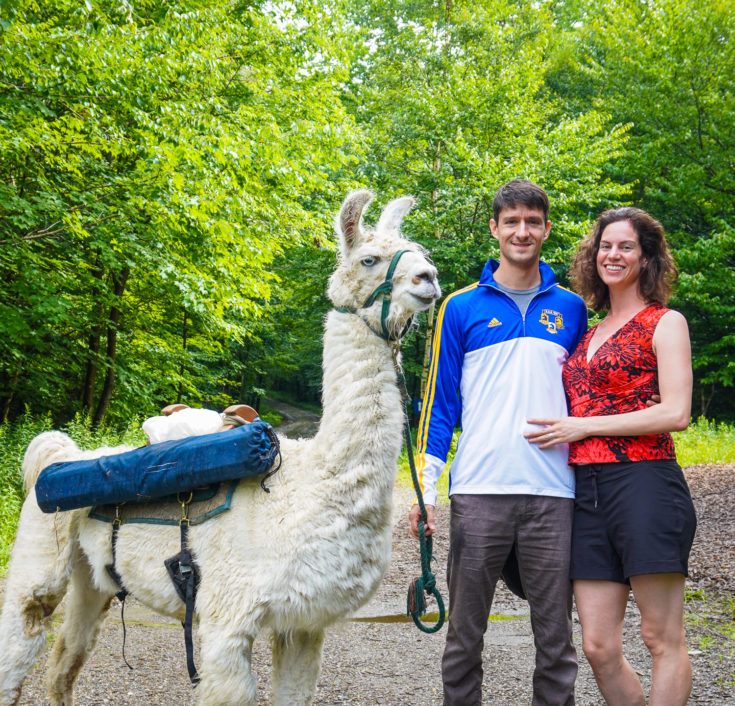 What's the difference between alpacas and llamas? Learn to tell the two apart in this article: an investigation which was a part of our Llama Trek in the forests of northern Vermont. 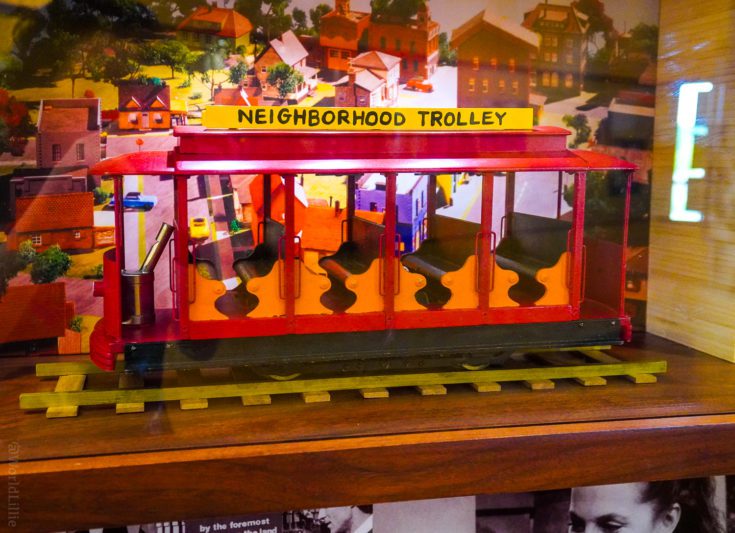 A Part of Mister Rogers' Neighborhood You May Know

What do you remember most about the beloved Fred Rogers show for children? A part that may bring back nostalgia is the magical Trolley. This is my photo of the actual relic, seen in Latrobe, PA, which -- apart from being the birthplace of the banana split -- was Mister Rogers' hometown. 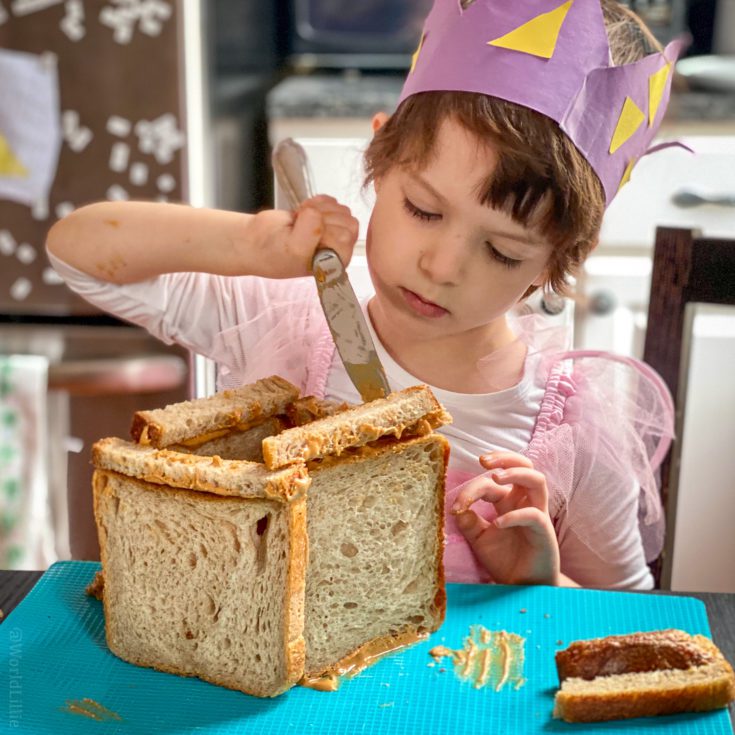 A part of parenting that can be challenging is balancing entertainment with healthy habits, and these healthy "gingerbread houses" strike that balance well. Peanut butter is the the secret to keeping the bread walls from falling apart! 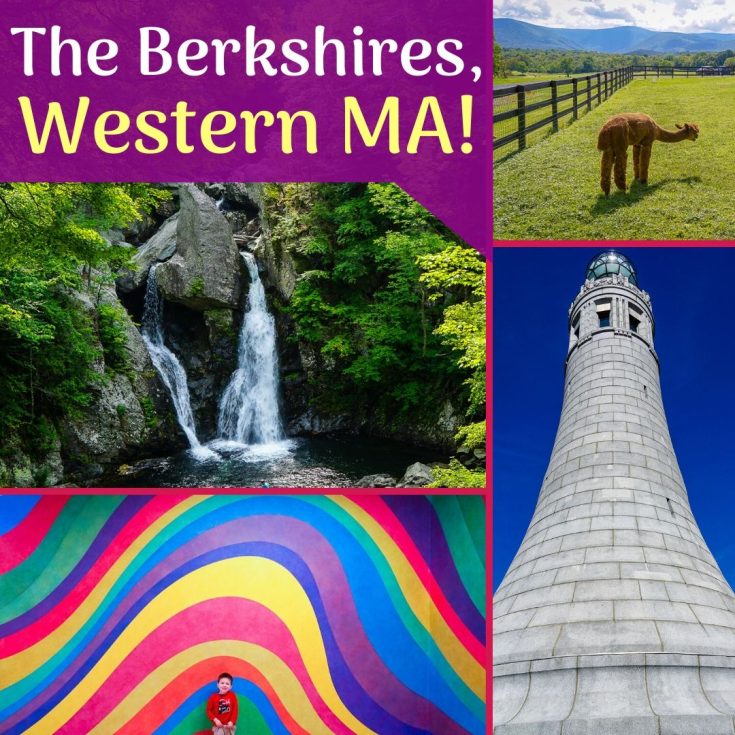 The Berkshires is a Part of MA Known for Nature

From Mount Greylock to Bash Bish Falls, the Berkshires is a part of western Massachusetts known for its fabulous outdoor activities. Though it's just 2-3 hours from Boston (depending how fast you drive), it feels a world apart from the bustle of the city. 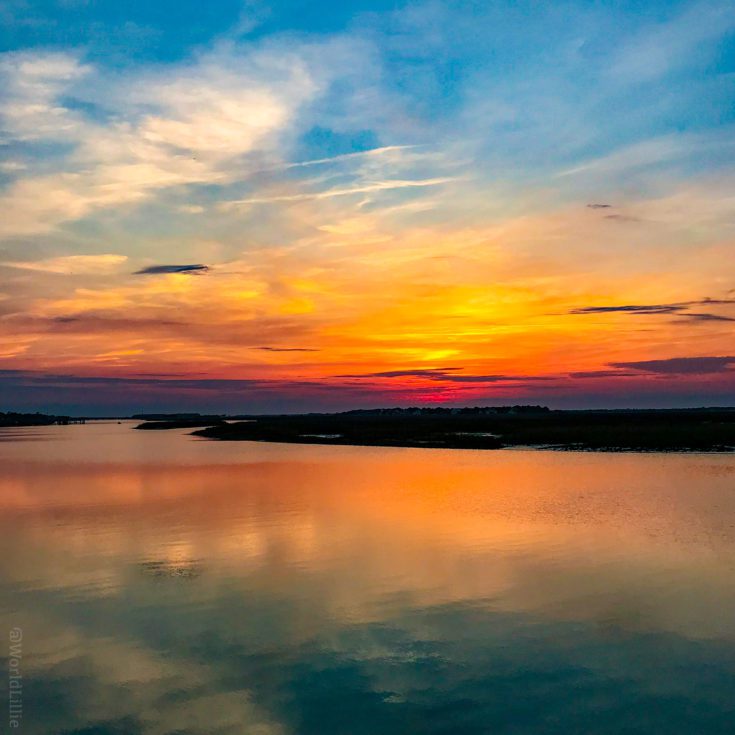 Being a Part of Family Means Moms May Need Time Apart

Ever heard of a "Momcation?" It's that vacation alone that many women need to revitalize from the exhaustion of being a part of a family. Time apart from loved ones can help us come back with more energy and more connected love and appreciation. 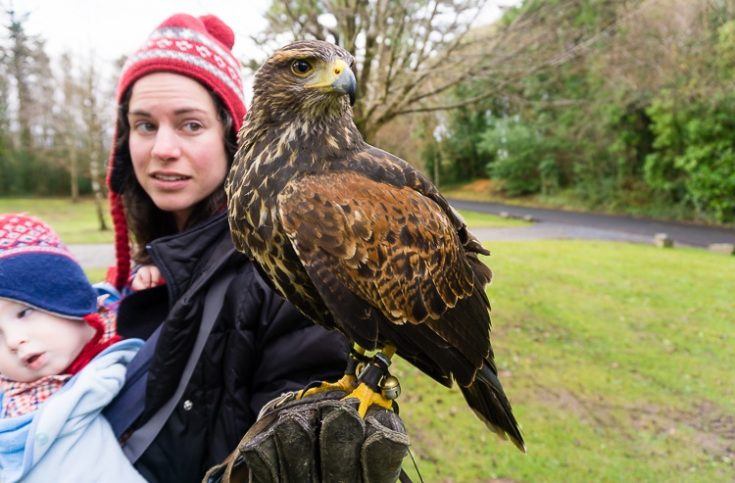 Falconry is a Part of Irish Culture

When my family visited Ireland, we were able to sample the somewhat terrifying but overall fascinating sport of catching birds of prey by hand -- falconry -- which is a part of Irish culture, and the culture of other regions as well. My son wanted to stay as far apart from that bird as possible! 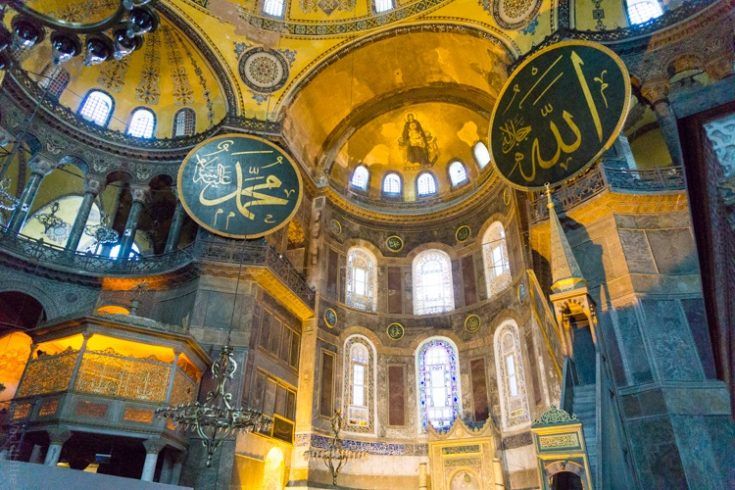 How Far Apart are the Shields in Turkey's Hagia Sophia?

See those two big round green shields in the world-famous building in Istanbul, Turkey, Hagia Sophia? How many feet apart would you estimate they are? Seeing this edifice is a part of an Istanbul visit that no one can miss. 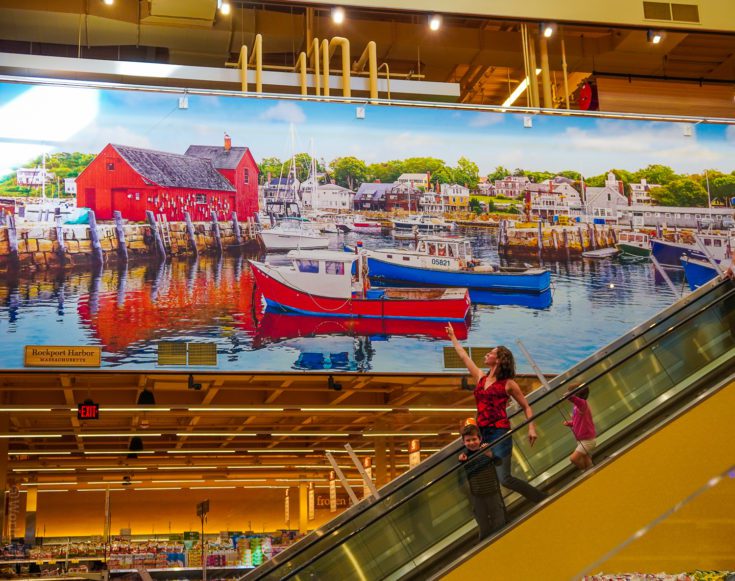 My Photo is a Part of a Wegmans' Grocery Store?!

I was stunned to hear that my travel photo of Rockport, MA was to become a part of the wall mural covering a huge side of the new Natick, MA Wegmans store! Right after this photo was taken, my son broke apart from our pack and sprinted around the store until we were able to corral him. 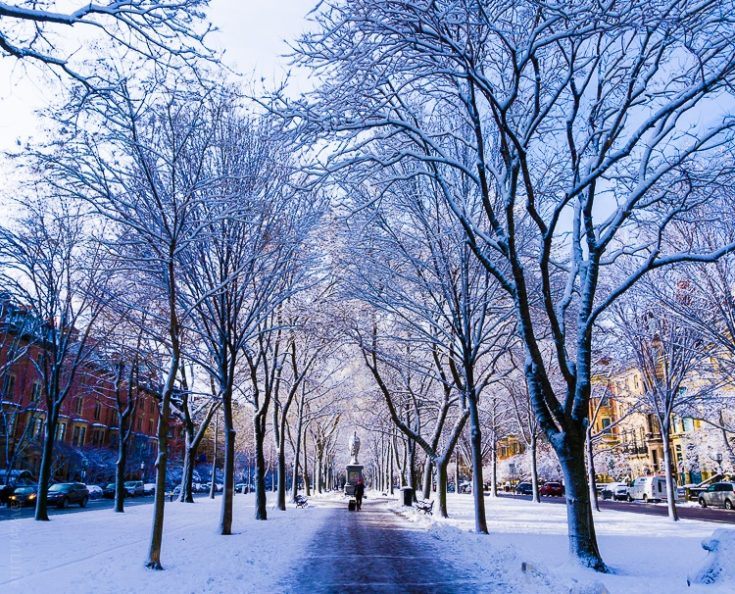 Whoever planted the stately trees on Commonwealth Avenue in Boston, MA placed them an optimal distance apart to create a sort of canopy tunnel for a romantic stroll underneath. "Comm. Ave." as we call it for short, connects a part of the "Emerald Necklace" of our city's park system with another wonderful green-space (the Boston Public Garden). 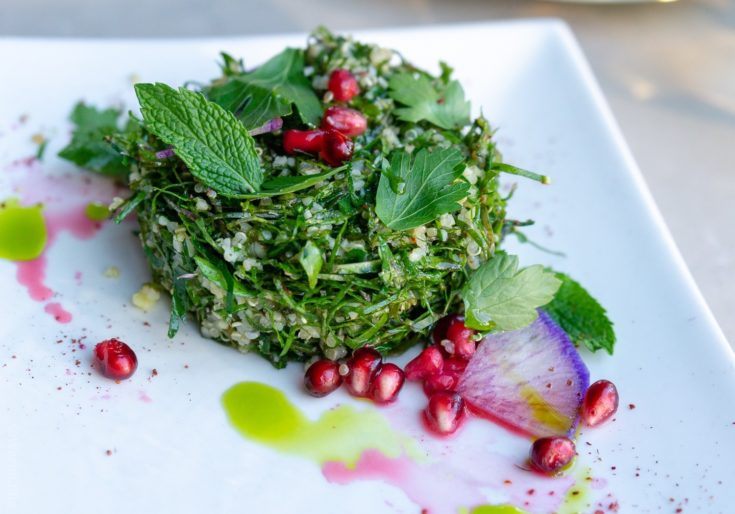 Appetizers are a Part of Great Fancy Meals

A Tasting Menu is an elaborate multi-course meal that showcases a chef's creativity, including a part of fancy dinners I love: appetizers like this artful salad, spotted in the foodie paradise of Portland, Maine. Apart from the bill (oof), I enjoyed this meal very much! 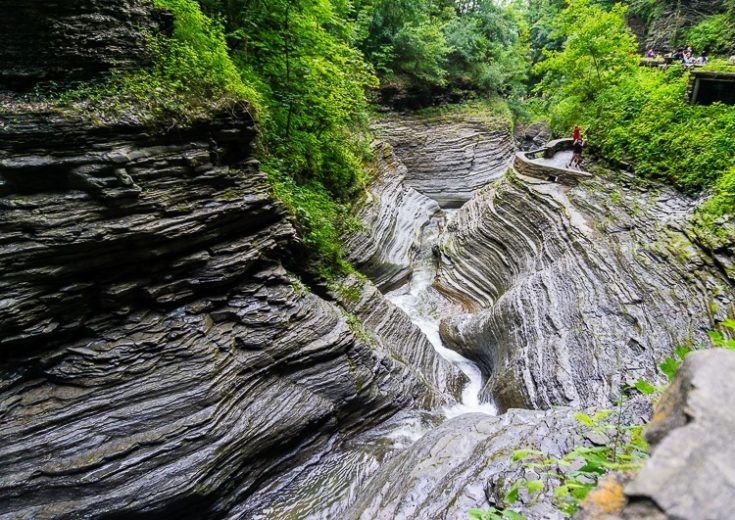 A part the Finger Lakes region of Upstate New York that I loved visiting was Watkins Glen State Park: a winding canyon that looks like its walls were thrust apart by the massive hands of a giant.

Did Those Sentences Help?

I hope that those many examples from around the world gave glimpses of apart and a part in action so you can tell them apart (ooh) in the future. Now, let’s close this article with tricks to write these devious homophones correctly in the future.

How to Remember Apart vs. A Part

A memory tactic shared on this grammar tutorial explains that one way to distinguish the homophones apart and a part is to remove the “a” and see if the sentence still makes sense. If it does, you should use “a part” (two words). If it becomes gibberish, “apart” is needed.

Trick 2: Think the Opposite of the Letters

Ready for a hilarious way to remember the difference between these two homophones, and decide whether to use apart or a part? Here goes:

When the letters are TOGETHER to form the word “apart,” they mean SEPARATE.

When the letters are SEPARATE to form the words “a part,” they mean TOGETHER with.

Whaaaat?! The trick is to remember that the definition is the opposite of what the letters are doing! Is your mind blown yet? Hehe — you can tell by my excitement why I became an English teacher.

Want more vocabulary geekery? Check out my tutorials on juxtaposition examples, a liminal space, hubris, an influence synonym, and performativity. 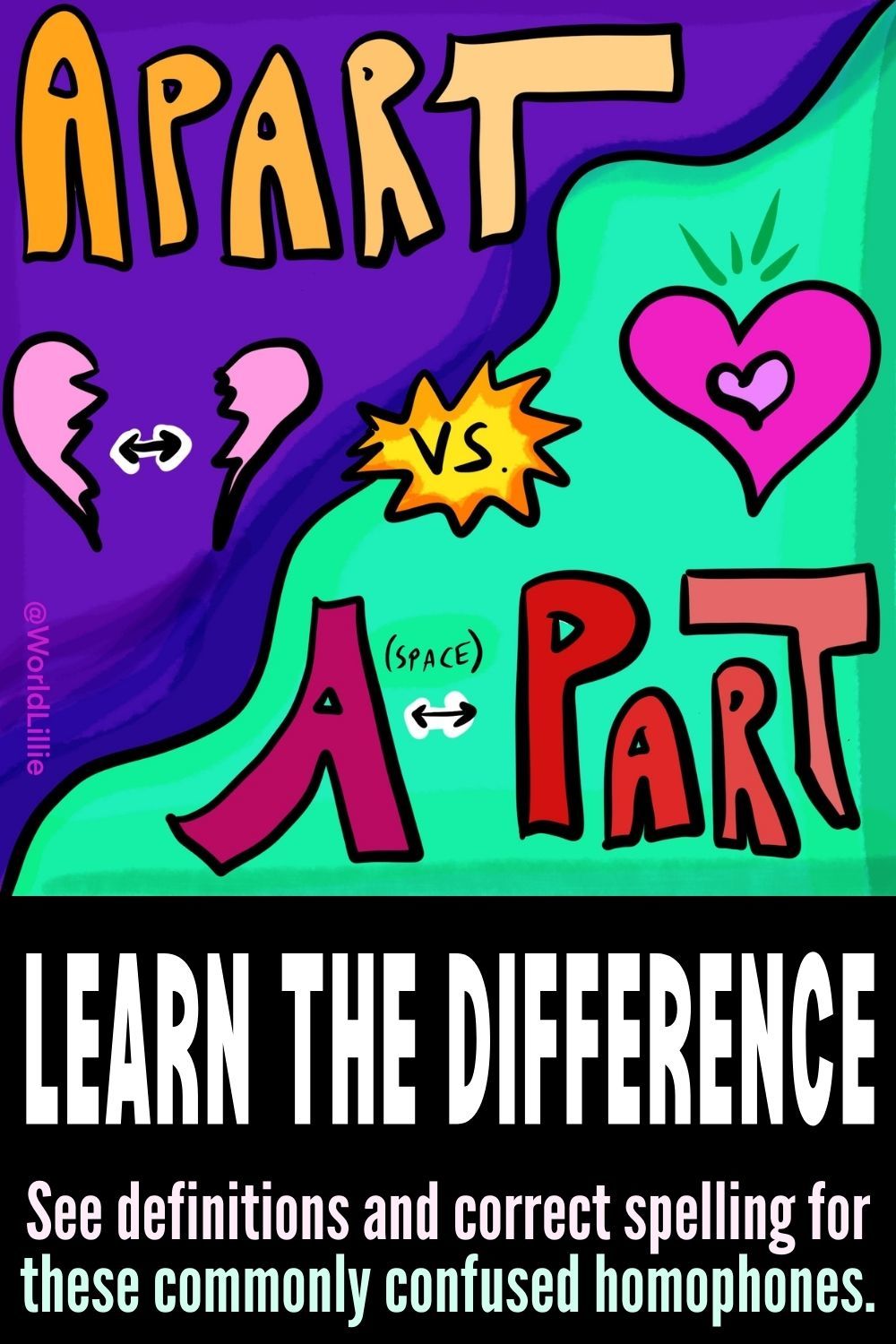 Great tips - it's so easy to get this sort of thing wrong isn't it!

Apart and a part are mixed up more often than they're not!