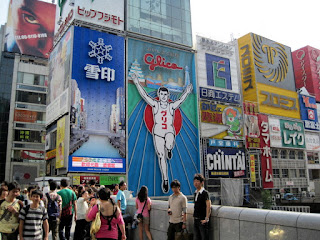 Gordon is originally from Boston, but has lived in Japan for five years. For the first several years, he was teaching English through the JET Program (which my wonderful cousin also did and loved). Since then, Gordon has started working in the translation department of a patent company, and has burned up the Osaka Salsa dancing scene. 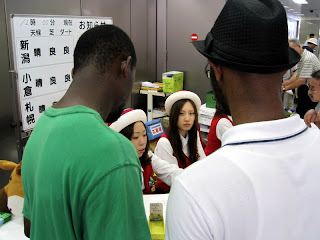 He has really made a life for himself here in Japan, and his fluent Japanese is a sonorous music to behold. 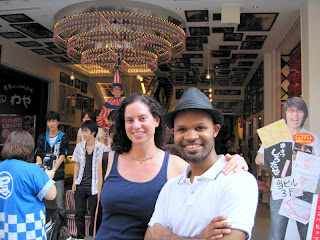 Yesterday I received a panicked email from Yuki, with whom I stayed in Tokyo. “LILLIE,” she wrote, “I MADE A HUGE MISTAKE! I took you to eat okonomiyaki in Tokyo, when really it is the classic food of Osaka! Do NOT tell your Osaka friend what I did!”

Sure enough, the okonomiyaki Gordon, his friend Jimmy, and I devoured this afternoon was swoon-worthy. Previously I entitled this dish “Pancakes on Crack,” and I stand by that definition. The ones Gordon ordered (pictured here) contained: cabbage, onion, egg, cheese, shrimp, pork, rice gluten, fish flakes, seaweed flakes, amazing sauce, and various other heavenly morsels. Mmmboy! 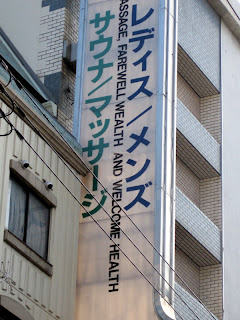 I found out today that Osaka is called “The Kitchen of Japan”, because of it’s delicious cuisine. Yes, man, YES! The sushi we had yesterday was like OH MY GOD SUSHI OH MY GOD THIS IS WHOAAA!!! All soft and cloudlike and perfect… AHH! 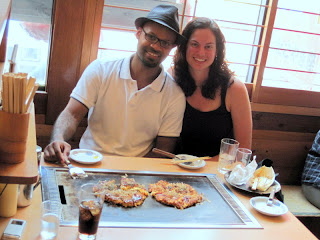 Anyhoo, Gordon, Jimmy (who is Canadian-Kenyan but has been living in Japan for seven years and is married to a Japanese woman) and I biked and walked around the mazes of covered store-tunnels in central Osaka for the entire day. Gordon’s passion for his adopted city made the air sparkle. He took us past an evil-looking clown that is supposedly the pride of Osaka (I could barely force myself to take a picture, it was so creepy… note my terrified expression in the picture), and then this bridge overlooking a giant wall of neon, which was utterly packed with Japanese tourists snapping photos of it. 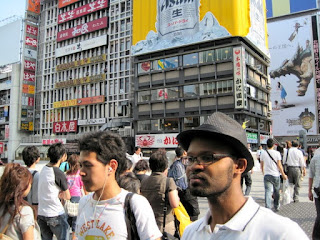 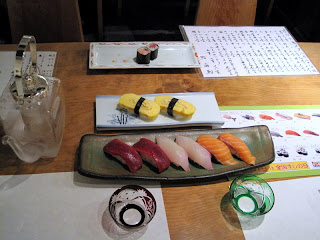 We then dabbled (unsuccesfully) in horse race gambling, took photos of funny signs (see “Farewell to Wealth and Hello to Health” at an expensive spa), and posed with brightly colored racy products in a local pharmacy. 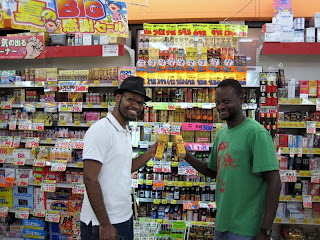 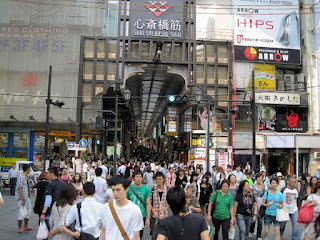 Been to Osaka last year - amazing place in terms of food & restaurants. Will add The Kitchen of Japan on my list next time, hopefully when we can travel, Japan will be my first destination once again!